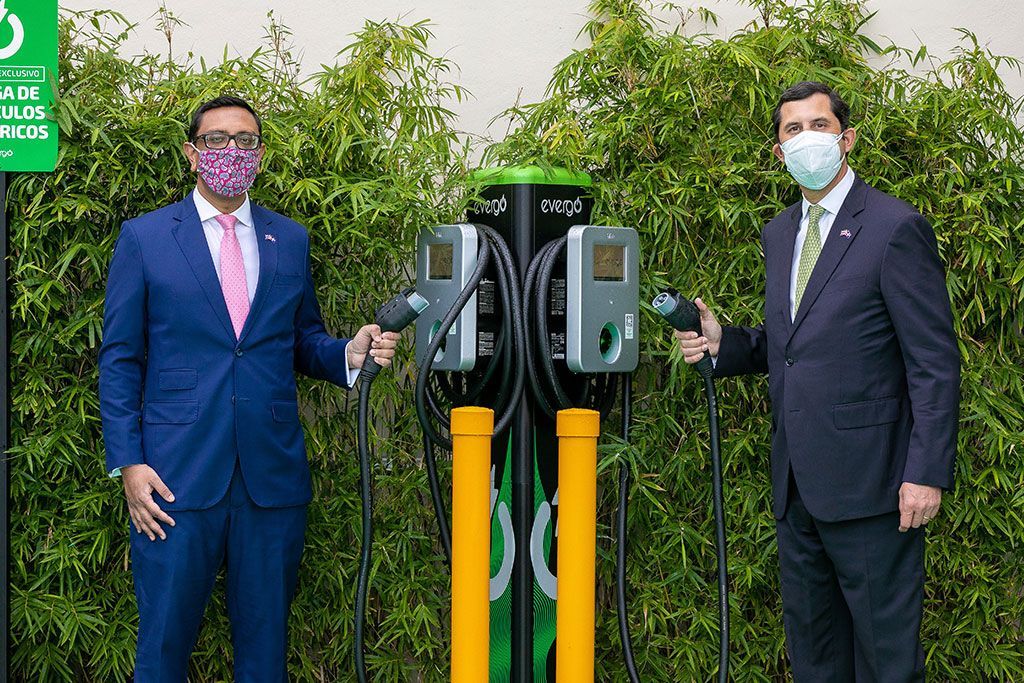 The energy group becomes the first in Latin America to be part of a global initiative that brings together visionary companies committed to accelerating the transition to electric vehicles by 2030.

InterEnergy, a provider of energy solutions with operations in the Caribbean, Central, and South America, reinforces its objectives in terms of sustainability by becoming the first company in Latin America to subscribe to The Climate Group’s EV100 initiative.

This is a global initiative that brings together visionary companies committed to accelerating the transition to electric vehicles and making electric transportation the new standard by 2030.

Under this commitment, among its next initiatives, InterEnergy will change its fleet from 140 conventional vehicles to electric vehicles and will continue to promote the deployment of charging stations, to promote electric mobility at all levels, as a key step to contributing to the reduction of carbon dioxide emissions into the atmosphere. The agreement was signed by InterEnergy’s Country Manager in the DR, Mr. Roberto Herrera; and Mr. Mockbul Ali, Ambassador for the United Kingdom and Northern Ireland in the country, the main intermediary and representative of this initiative, which brings together more than 92 companies around the world.

“InterEnergy has been leading the promotion of innovative solutions in the Dominican Republic for years, as an engine for more sustainable tourism development, so this initiative is perfectly aligned with the company’s objectives. Today more than 50% of the company’s fleet of vehicles is electric and next year it will its first business strategy on sustainable mobility”, said Roberto Herrera, InterEnergy’s Country Manager.

From its Evergo technology platform, operated by the InterEnergy Systems division, the company leads the Region in the deployment of sustainable mobility through the largest and most sophisticated network of charging stations for electric vehicles. Currently, it has 200 chargers distributed in the Dominican Republic, and is planning to add 300 by the end of 2021. Before the end of 2020, the company will begin operations in Panama and Jamaica, reinforcing its regional leadership on electric mobility.

ABOUT INTERENERGY
InterEnergy Group is one of the largest diversified clean energy companies in Central America and the Caribbean, with a total generation capacity of 1.3 GW throughout the region including 310 MW in Panama, being one of the five main power generators in this country.

Renewable source assets at InterEnergy represent 30% of total generation assets, with a renewable capacity of 400MW out of its total installed capacity of 1,313MW.

The Group operates electric power generation plants in Latin America and the Caribbean, specifically in the Dominican Republic, Panama, Jamaica, and Chile. InterEnergy leads the transformation of Panama’s energy sector with the Laudato Si ‘Wind Farm, the largest in Central America and the Caribbean, with a capacity of 215 MW and the Ikakos Solar Park with a nominal capacity of 40 MW, using natural resources as a source for the supply of 100% renewable energy. 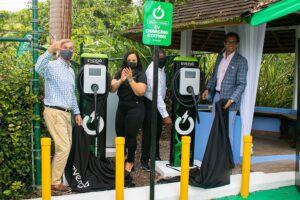 As the first resort to commission an EV charging station on the island, EVPower Jamaica Limited (Evergo) has welcomed Jamaica Inn to the electric vehicle movement. On Thursday, February 24, 2022, Evergo unveilled two Level 2 charging units at the luxury hotel. 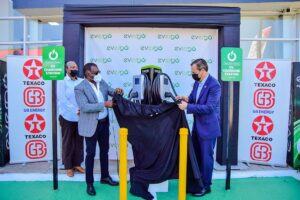 Evergo Charges Up with GB-Energy Texaco 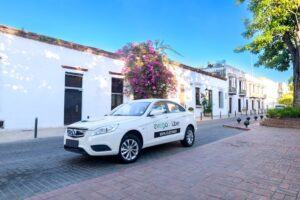 Evergo and Uber announced a pioneering partnership to accelerate the transition of Uber’s drivers towards electric mobility and reduce their environmental impact.

Evergo is the most advanced and sophisticated electric vehicle charging station platform in the country. Our mission is to create a network that allows you to get where you want in a sustainable and reliable way, while we move towards a more responsible future with the environment.

Follow us on our social networks to stay informed.